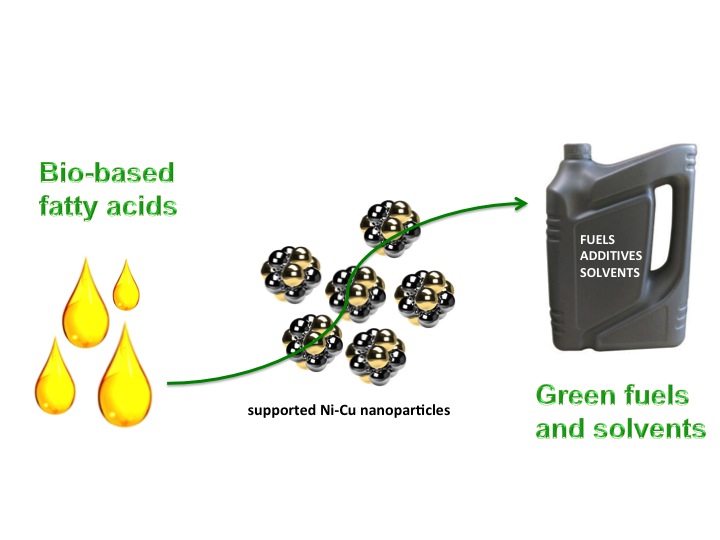 Catalytic decarboxylation of fatty acids to hydrocarbons over non-noble metal catalysts: the state of the art

The catalytic decarboxylation of fatty acids to yield hydrocarbons, for use as biofuel as a main target, is a topical reaction in which the main challenge is actually to control the selectivity while using the smallest amount of hydrogen possible (or even better, not using hydrogen at all) in order to optimize cost‐efficiency of the process. Herein, the focus is on the non‐noble mono‐, bi‐ and tri‐metallic catalysts used to carry out this reaction. Historically, several non‐noble monometallic catalysts based on Cu, Co, Ni supported on different types of supports were first studied. Among such materials, the Co‐based catalysts were not selective, while, Cu‐based catalysts were more or less selective to hydrocarbons or to olefins, depending on the support used. Among these three metals, the Ni‐based catalysts are the most widely described ones due to their specific ability to promote deoxygenation reactions. Combining Ni to a second metal yielded a synergistic effect toward better catalytic performances, with increases in both conversion and selectivity and also improvement of the resistance of the catalyst to carbon deposit, especially when adding non‐noble metals. For future prospects, it appears that the main challenge will be to be able to maintain good catalytic performances under inert gas in solvent‐free conditions, in order to yield a fully environmentally friendly and cost‐effective process.